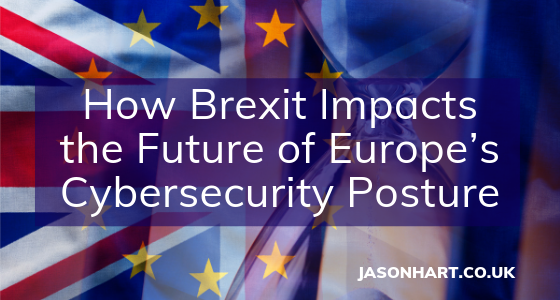 Governing the transfer of data

Data originating from the EU that comes into the UK will be a different story. It is illegal for an EU Member State business or organisation to export data to a non-EEA entity without specific legal safeguards in place. Since post-Brexit UK could, depending on the method of exit, be considered a “third country,” UK businesses will be subject to these safeguards.

In the UK, the number of data breaches reported to the Data Protection Commission11 rose by almost 70 percent last year, totaling 4,740 breaches during 2018. At the same time, UK organisations such as universities, businesses, online stores and social media (like Facebook) have been subject to breaches that affected millions of people.

Today all European businesses, organisations and citizens can utilise a data breach reporting mechanism to notify only the Lead Supervisory Authority (LSA) in their country, to carry out investigations and to inform/coordinate with LSAs in other EU Member States in case of a cross-border cybersecurity incident.

In a post-Brexit future, UK-based businesses and organizations will need to legally notify not only the UK Lead Supervisory Authority, the Information Commissioner’s Office (ICO), but also each relevant Member State’s LSA.

Effects on the Workforce

What concerns me most is the cybersecurity skills shortage14. By limiting the right of free movement and enforcing stricter working visa requirements, Brexit could have a significant impact on the capability of Britain to fight against cyber criminals and nation state threats.

Additionally, UK based universities will potentially lose access to huge amounts of EU research funding because of Brexit.

What we can do to prepare?

On the cybersecurity front, UK companies will have to deal with a disappearing network perimeter, a rapidly expanding attack surface, the widening cybersecurity skills gap and the growing sophistication of cyber-attacks.

These issues are extremely difficult to be dealt with. In response, companies should focus on securing all of sensitive data by encrypting all data at rest and in transit, securely storing and managing all encryption keys and controlling user access and authentication. Doing so will help them staff safe in an increasingly uncertain world. With the rise in threats and the increasing value of data to cyber criminals, it’s important for businesses to know how they can adopt a Secure the Breach approach to protecting their most sensitive data and intellectual property.

Jason Hart talks to Tonya Hall in this video interview on the impact that Quantum Computing will have on Information Security and in particular encryption. 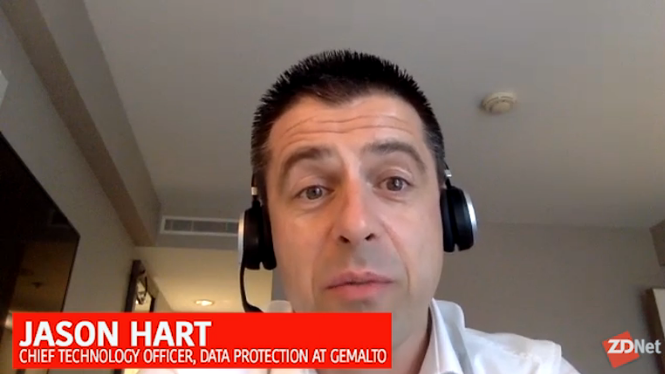 To watch the video click on the image or here.

What are consumers’ perception of encryption, and what steps must businesses take to secure themselves?

In 2016 consumers were exposed to a larger number of high profile data breaches than any year previously – last year Yahoo disclosed the loss of more than half a billion customer records.

These events have helped raise public awareness around the serious threats to personal data that exist in the modern era. Awareness is also growing for some of the solutions that businesses and individuals can use to minimise the risks from data breaches.

Encryption is starting to gain some prominence in stories concerning data breaches, but do consumers actually understand what it involves, or how important it is?

Jason Hart @Hart_Jason RT @hellofreshsec: Welcome to @BetaList readers. We'd love your feedback. To see what we do, send an email to risk@freshsec.com (from your…

h J R
Jason Hart @Hart_Jason The Cyber industry has missed that cybersecurity is a cost of doing business. It shouldn’t be at the front of every… https://t.co/Gnr30J0kFm