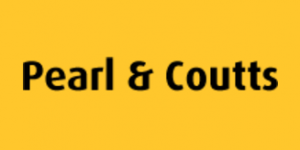 The recent cybercrime incident experienced by the NHS highlights just how easily an organisation can be brought to a standstill by an online attack. As the owner of an SME, you’re particularly vulnerable to this type of threat – with 60% of smaller companies going out of business within six months of suffering a cyber-attack.

According to Jason Hart, CTO  for digital security specialist Gemalto, companies need to accept that a breach of security in the 21st century is inevitable. As such, your approach should focus on how to cope with security breaches as well as on how to prevent them. The new method of managing security breaches is called ‘micro-segmentation’, which essentially involves creating lots of small walls (rather than one large firewall) around the data that needs protecting most. Then, if a hacker does manage to gain access, they won’t be able to cause large-scale disruption.

Jason Hart @Hart_Jason Anyone looking to conduct an Active Directory Password Audit ?? I have found a great tool. https://t.co/DrWNAgOdrl.